NEWPORT, Ky. — Thanks to a partnership with New England Aquarium, Newport Aquarium has created a new Senior Research Scientist position. Dr. Nick Whitney, Ph.D. is the new researcher working with the two institutions, and is now in residence at Newport Aquarium.

“This partnership speaks to the reach of the aquarium. We are now expanding our scope and commitment to wildlife conservation through leading-edge shark research,” said Eric Rose, Executive Director at Newport Aquarium. 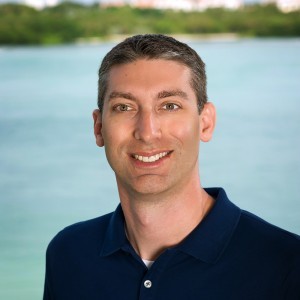 The opportunity for a dedicated research position presented itself when Dr. Whitney relocated to Cincinnati after more than seven years with Mote Marine Laboratory in Sarasota, Florida. He then joined the Anderson Cabot Center for Ocean Life at New England Aquarium, and thanks to some great collaboration with these leading institutions, Dr. Whitney will work in residence right here at Newport Aquarium.

“I’m looking forward to taking research and conservation efforts here at Newport Aquarium to more of a national and international level. I’m excited to join this team of dedicated biologists and build upon their impressive research efforts that have the potential to improve animal care and field conservation around the world,” said Whitney.

Whitney’s research uses high-tech tags called accelerometers (the same motion sensors found in smartphones and Fitbits) to measure fine-scale movements of animals to study their behavior and answer questions that can’t be addressed through traditional tags. His current research with New England Aquarium focuses on whether sharks survive after being caught and released by fishermen.

At Newport, Whitney looks forward to contributing to ongoing research around the Aquarium’s groundbreaking shark ray breeding program, developing and testing new types of shark tags and attachment methods, and helping to increase the conservation impact of this research.

“We are fortunate to have the talents of Dr. Whitney on staff. He will also be supporting the animal husbandry team by leading our own in-house research, then publishing our original research in leading journals and publications,” said Eric Rose.

Dr. Whitney has conducted research on sharks, sea turtles, and other species and has appeared on the History Channel, Discovery Channel, and National Geographic Channel among others. He has worked with the conservation group OCEARCH to tag adult great white sharks off of Cape Cod, and his research has been supported by a variety of funding sources, including the National Science Foundation, the National Oceanic and Atmospheric Administration and the National Geographic Society.

Newport Aquarium, named one of the top U.S. aquariums in 2016 by Leisure Group Travel, and voted the No. 1 aquarium in the country by USA Today’s 10Best.com in 2012, has showcased thousands of animals from around the world in a million gallons of water since 1999. Named a top U.S. aquarium by US City Traveler and Destinations Travel Magazine in 2014, and also by Travel Channel in 2013, Newport Aquarium is a Herschend Family Entertainment company and an accredited member of the Association of Zoos and Aquariums. Newport Aquarium is open to the public 365 days a year and is located across the Ohio River from downtown Cincinnati at Newport on the Levee.