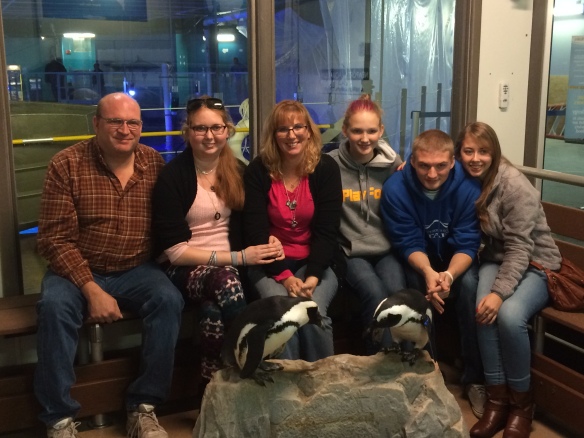 The Cure Starts Now Foundation arranged the event after a trip to Newport Aquarium was among the events on a family activity to-do list the Hill family submitted to the nonprofit organization.

Lauren was accompanied by her parents, Brent and Lisa, as well as her brother Nathan, sister Erin and Nathan’s girlfriend Sarah. 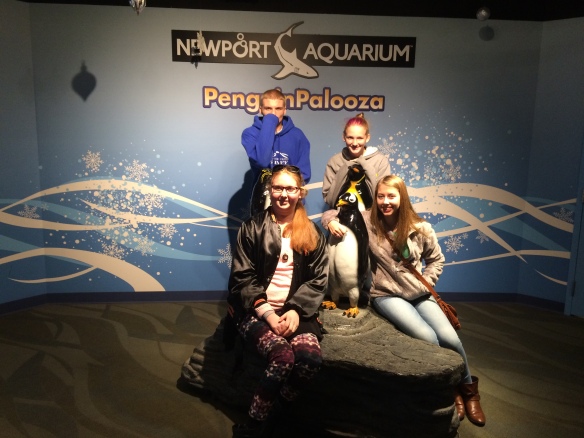 Posing at the Penguin Palooza exhibit.

The Hills were led through the aquarium by Newport Aquarium Animal Ambassador Ric Urban, who guided the group on a tour that lasted more than two hours. 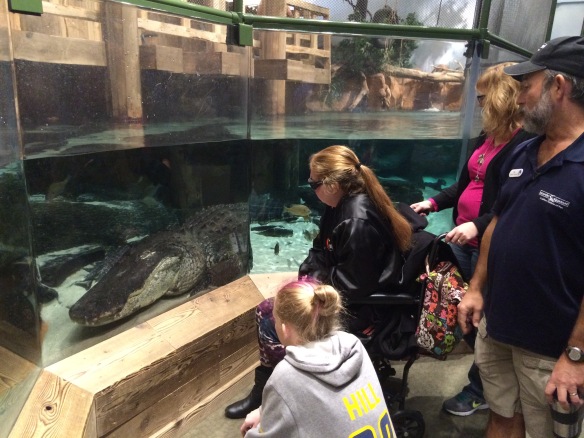 Because Lauren and Lisa love penguins, the tour was capped off by a surprise trip to The Penguin House, which exhibits eight African penguins and is typically only available to the public with an additional purchase of a Penguin Encounter.

Lauren was given a painting made by Paula the penguin, as well as shark teeth the commemorate the day. 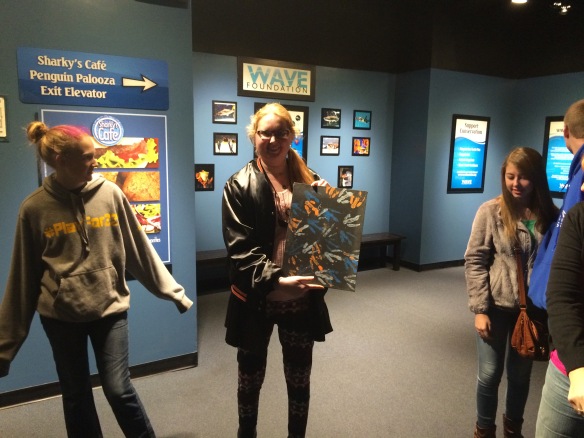 Lauren Hill received a painting made by Paula the penguin.

Lauren, who has a rare brain cancer known as Diffuse Intrinsic Pontine Glioma (DIPG), is leading a campaign to raise $1 million for The Cure Starts Now Foundation. Currently the campaign is more than halfway to that goal.

All donations go directly to Diffuse Intrinsic Pontine Glioma research. The Hill family will receive an acknowledgment of the donation. Information: www.thecurestartsnow.org.