NEWPORT, Ky. — Newport Aquarium and Frisch’s Big Boy are working together to bring a new adventure to the Greater Cincinnati and Northern Kentucky communities.

The Hidden Big Boy Hunt at Newport Aquarium will run Feb. 14 through April 4. Guests are invited to be on the lookout for 10 hidden Big Boy figurines as they make their way through the aquarium. 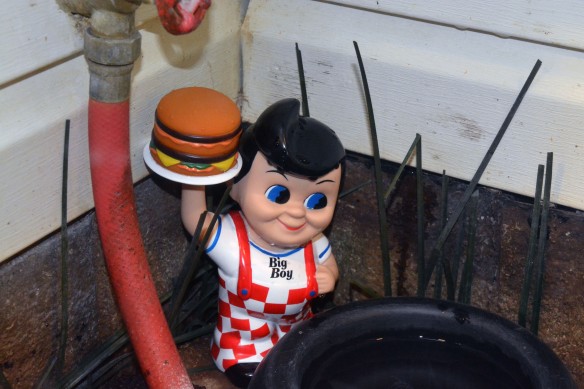 The iconic Big Boy statue greets guests at the entrance of the Pepsi World Rivers exhibit, where the hunt begins. There, guests can pick up a map to record the Big Boys found along their journey through the aquarium. The search ends at the Kroger Penguin Palooza exhibit, where guests are invited to submit their completed maps in a weekly drawing for a Frisch’s and Newport Aquarium prize pack valued at over $100. 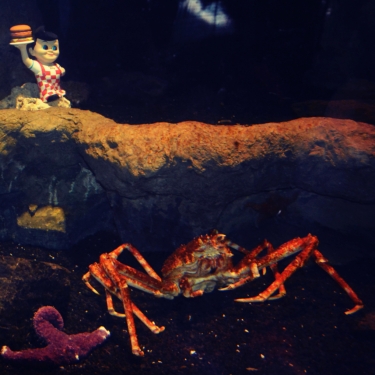 The Big Boy character will star in the aquarium’s Penguin Parade at 10 a.m. on Saturday, March 7, 14, 21 and 28. He will also be available for a meet-and-greet and photographs at the aquarium 11 a.m. to noon.

“On land, our smiling red and white checkered Big Boy is not typically hard to spot,” said Frisch’s vice president of marketing, Karen Maier. “But under the sea at the Newport Aquarium, he seems much smaller and we’re going to need some help finding him.”

About Frisch’s Big Boy
Frisch’s Restaurants, Inc., is a regional company that operates 95 family-style restaurants under the name “Frisch’s Big Boy” in Cincinnati, Columbus, Dayton, Louisville and Lexington. Frisch’s corporate offices, located at 2800 Gilbert Ave., Cincinnati, may be contacted at 513-961-2660. Frisch’s toll-free customer service number is 800-873-3633. For information and online management applications, visit us at www.frischs.com. Become a fan on Facebook or follow us on Twitter.

About Newport Aquarium
Newport Aquarium, voted the No. 1 aquarium in the country by USA Today’s 10Best.com in 2012, has showcased thousands of animals from around the world in a million gallons of water since 1999. Named a top U.S. aquarium by US City Traveler and Destinations Travel Magazine in 2014, and also by Travel Channel in 2013, Newport Aquarium is a Herschend Family Entertainment company and an accredited member of the Association of Zoos and Aquariums. Newport Aquarium is open to the public 365 days a year and is located across the Ohio River from downtown Cincinnati at Newport on the Levee.