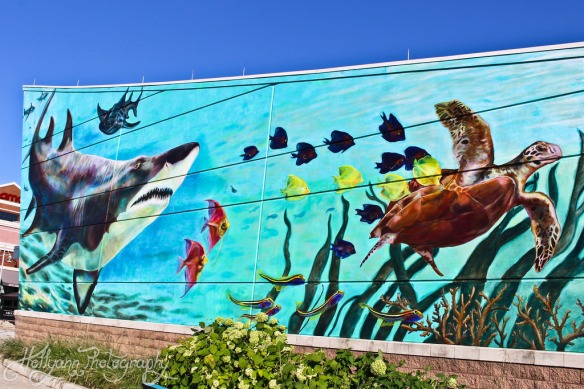 NEWPORT, Ky. — Newport Aquarium is making a splash this summer with the return of its Summer Family Hours promotion, when up to two children (ages 2-12) receive FREE* admission between 4-7 p.m. with the purchase of one full-priced adult ticket.

This family-favorite offer is available for purchase online only, at newportaquarium.com, for visits now through Aug. 31, Sundays through Fridays.

Guests will have even more opportunities to enjoy a million gallons of fun as Newport Aquarium has extended its operating hours from 9 a.m. to 7 p.m. now through Aug. 31. With the earlier opening time, the daily Penguin Parade will begin at 9:15 a.m. during this period.

Dare to Cross the all-new Shark Bridge at Newport Aquarium.

There is always more new to see and do at Newport Aquarium and 2015 has proven to be no exception with the addition of three exciting new features: