Kids Get in Free during Winter Family Days, Jan. 7-March 1

NEWPORT, Ky. – The time is now to say goodbye to Bravo, the largest turtle in the Midwest, after Newport Aquarium announced Tuesday the Turtle Canyon exhibit will close March 1.

Bravo, a 650-pound Galapagos tortoise, is scheduled to return to his home at Riverbanks Zoo and Garden in Columbia, S.C. on March 2. 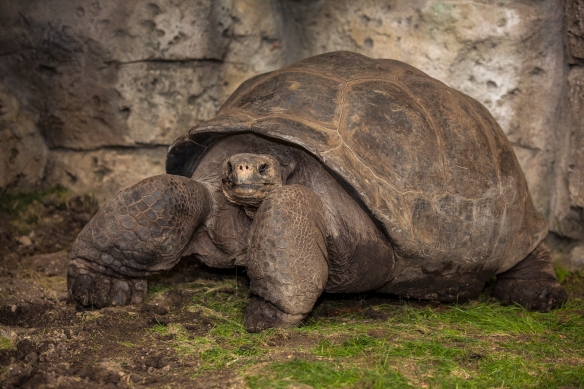 Bravo, a 650-pound Galapagos tortoise, is the largest turtle in the Midwest.

Upon Bravo’s departure from Newport Aquarium, the Turtle Canyon exhibit will temporarily close for renovations. The greenhouse-like facility will re-open as a new exhibit in mid-March. Details will be revealed at a Jan. 14 news conference.

To coincide with Bravo’s final days in Greater Cincinnati, Newport Aquarium also announced the return of Winter Family Days, when two children are admitted FREE with each full-priced adult ticket.*

This family-favorite offer will be available from Jan. 7 through March 1, during which time the aquarium will open one hour early at 9 a.m. every Saturday and holiday weekend.

Your kids will have fun inside our 72-degree climate-controlled facility, no matter the weather outside.

At Newport Aquarium, there is always more new to see and do:

Beginning Jan. 6, Winter Family Days tickets will be available at the Newport Aquarium ticket window, online at NewportAquarium.com or by phone at 800-406-FISH (3474).

Newport Aquarium, voted the No. 1 aquarium in the country according to USA Today’s 10Best.com in 2012, has showcased thousands of animals from around the world in a million gallons of water since 1999. Named a top U.S. aquarium by US City Traveler in 2014 and by Travel Channel in 2013, Newport Aquarium is a Herschend Family Entertainment company and an accredited member of the Association of Zoos and Aquariums. Newport Aquarium is open to the public 365 days a year and is located across the Ohio River from downtown Cincinnati at Newport on the Levee.